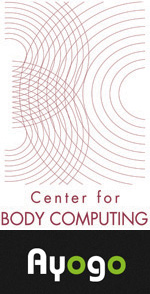 In partnership with USC’s Center for Body Computing, we’re making a heart rate game for mobiles called, “Beating Heart” that we hope will the touch heart of teenagers.
Tagging photos and friends on social networks is the norm. But what if you could tag and monitor your heart health in the same way? We are collaborating with the University of Southern California Center for Body Computing to make this a reality by working on a mobile- based heart rate game that will be played on social networks.
Targeting a younger demographic, think of this app as the mood ring of the 80’s for today’s smartphone generation. “We believe creating compelling medical apps will create a generation of more health-aware people—health awareness can be as significant a part of a teenager’s life as the next Twilight saga movie (well, almost),” said Dr. Leslie Saxon, the Executive Director of the USC Center for Body Computing. Social games can become a fun and cool way to introduce people to their basic human data, such as heart rate, and we plan to have a leadership role in this area.”
A prototype of the game, code-named “Beating Heart,” was co-developed at the Center for Body Computing. The “Beating Heart” prototype has been written about in Forbes and Fast Company, and was named one of the top ten iPhone apps by Gizmodo, a technology site. Our award-winning design team is thrilled to be involved in this project and the tremendous opportunity it represents to innovate in social game design.
“There isn’t a demographic more socially networked, more connected than Gen Y,” said Michael Fergusson. “Working with the Body Computing Center gives us a unique opportunity to use games and social play to engage this crucial demographic, and let them experience their own physiological data in new, meaningful ways. We can help create a new generation of more informed, empowered healthcare consumers.”