iOS 11 brings some new, perhaps unintuitive, behaviour around the status bar area which will be particularly important for developers using tools like Apache Cordova or Ionic. In particular, this change in behaviour affects any web-based apps that use fixed position header bars when they are built for iOS 11. This post helps you understand the Webview Viewport in iOS 11.

Note: Existing apps will continue working as they always have with no changes to their viewport behaviour. This only affects apps that are compiled with Xcode 9 and a target of iOS 11.
To understand the change, we need to look at the context for it.

On the early versions of iOS, the status bar was a constant black bar across the top of the screen that was largely untouchable. It was a piece of system UI and your app ran in the space underneath it.
That changed with the introduction of iOS 7, which had a transparent status bar that took the colour of the app’s navigation bar. For apps showing in a webview like Cordova, this often meant detecting the iOS version and adding 20px of padding to the top of your fixed header so that it would fill the space correctly.
Newer versions of iOS introduced some minor revisions, including features where an additional banner could be shown in the status bar when on a call or when an app was using geolocation in the background.
On the native side, a lot of this was handled automatically by UINavigationBar and autolayout guides. There were layout guides for the top and bottom of the screen that automatically adjusted to the correct height of the status bar(s), ensuring that the app content was in a “safe area” where the status bar would not obscure it. If you had a UINavigationBar aligned to the top layout guide, iOS would also automatically extend its colour behind the status bar. For web, there was unfortunately no equivalent. 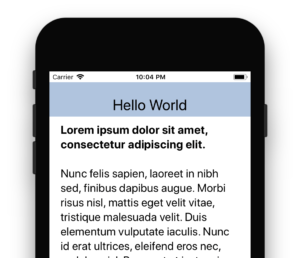 The default viewport behaviour in iOS 11 on an iPhone 8.

Where iOS 11 differs from earlier versions is that the webview content now respects the safe areas. This means that if you have a header bar that is a fixed position element with top: 0, it will initially render 20px below the top of the screen: aligned to the bottom of the status bar. As you scroll down, it will move up behind the status bar. As you scroll up, it will again fall down below the status bar (leaving an awkward gap where content shows through in the 20px gap).
You can see just how bad it is in this video clip:

Why on earth would Apple make this change?

If you’ve seen the iPhone X design, it makes sense: The iPhone X features an irregular screen shape with an inset “cut out” at the top for the phone speaker and camera. If fixed position elements aligned to the real top of the screen, they would end up being inaccessible behind that speaker cutout.
By aligning to the bottom of the status bar, it ensures that whatever is in the header will be accessible.
Cool… except now the app looks terrible with the awkward header moving up and down and content visibly scrolling behind the status bar.

Luckily, Apple gave us a way to control this behaviour via the viewport meta tag. Even more luckily, they even backported this new viewport behaviour fix to the older, deprecated UIWebView!
The viewport option you’ll be looking for is viewport-fit. It has three possible values:

So to restore your header bar to the very top of the screen, behind the status bar like it was in iOS 10, you’ll want to add viewport-fit=cover to your viewport meta tag. 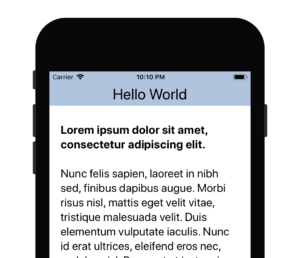 Looking good with viewport-fit set to cover in iOS 11 on an iPhone 8.

But what about the iPhone X with its irregular shape? The status bar is no longer 20px tall, and with the inset for the camera and speaker, your header bars contents will be entirely inaccessible to users. It’s important to note that this also applies to footer bars pinned to the bottom of the screen, which will be obstructed by the microphone.
Note: Your app will only use the full screen space on the iPhone X if you have a launch storyboard. Existing apps will be shown in a view box with black space at the top and bottom. 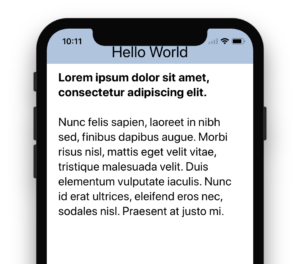 iPhone X brings some new challenges, even with viewport-fit set to cover.

Luckily, Apple added a way to expose the safe area layout guides to CSS. They added a concept similar to CSS variables, originally called CSS constants. Think of these like CSS variables that are set by the system and cannot be overridden. They were proposed to the CSS Working Group for standardization, and accepted with one change: instead of using a function called constant() to access these variables, they’ll use a function called env().

Note: iOS 11.0 uses the constant() syntax, but future versions will only support env()!

The 4 layout guide constants are:

Apple’s final gift to us is that these variables have also been backported to UIWebView.

Let’s say you have a fixed position header bar, and your CSS for iOS 10 currently looks like this:

To make that adjust automatically for iPhone X and other iOS 11 devices, you would add a viewport-fit=cover option to your viewport meta tag, and change the CSS to reference the constant:

It’s important to keep the fallback value there for older devices that won’t know how to interpret the constant() or env() syntax. You can also use constants in CSS calc() expressions. 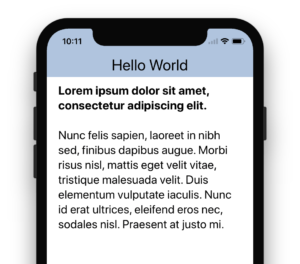 You would also want to remember to do this for bottom navigation bars as well.

Special thanks to Timothy Horton on the WebKit team at Apple for implementing the viewport-fit and constant()/env() features discussed in this post. Thanks to Shazron, Julio, Kerri, Greg, and Mike for their help in testing and verifying some of these behaviours.