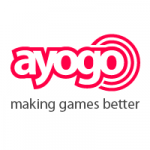 We’ve been quietly toiling away for months on our rebranding and website. Shuffled between projects, our CTO, Paul Prescod, rightly notes, “It’s frankly a surprise and a miracle that we launched it with everything else that has been going on.”

“We re-envisioned the new Ayogo corporate identity to better align with all the amazing new projects, products and services that the company offers while still communicating the same fun, professionalism, and competency that Ayogo has become renowned for,” explains Jesse Spink, Ayogo Creative Director. “Our new brand showcases our three core practices: Games for Health, Applied Game Design, and Immersive Learning. It’s an update that was long over due and we’re really excited to finally launch it.”
This website release is only a 0.5 version; we’ll be iterating and expanding the site over the coming months. We have a lot of exciting things coming down the pipeline and the release of our new brand and website is just the tip of the iceberg. 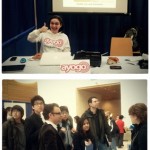 With 45 booths at Wednesday’s UBC Fair, including Google and Facebook, Ayogo still managed to pull in the crowds. We made a competition out of playing I ❤ Jellyfish at the fair. Our biometric game uses a player’s heart rate to control the Jellyfish Avatar’s bioluminescence. Players compete to be the biggest jellyfish in the sea by absorbing prey and predators, all while learning to regulate their heartbeat.
“Although our demo version did not have the heart rate monitor attached to gameplay, students still loved I ❤ Jellyfish,” says Anat Rabkin, Ayogo Production Coordinator, and booth attendant. “We got over 50 people competing to win. A lot of them thought that it was a clever way to make health-fun.” 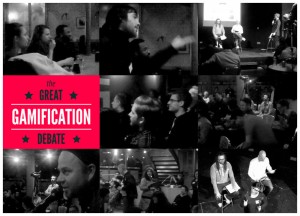 Last but not least, was Thursday night’s entertaining debate on gamification. If you’d like a recap of the night, Rolando Fuentes of Techvibes published a good summary of the event, calling it a “humorous debate filled with wit and bright ideas” that produced “great insights on what gamification is, and how it can be used in product design.”
The onstage gamified debate was accompanied by an onscreen score hub, sound effects and a very important interactive element – points were awarded to the debaters by an audience applause meter with no woo filter.
The Twitterverse was alight with live tweets (#GGD) from the debate. 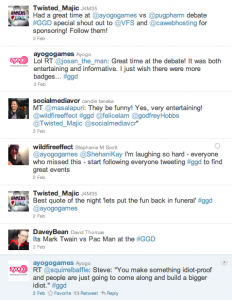 The hilarious Steve Bocska had the audience in stiches with his deadpan wit, the debonair Joe Nickolls kept things moving along with his charismatic charm, but it was our CEO, Michael Fergusson, who made us all proud by winning the debate. W00t! Way to bring home the shiny man trophy!
The most informative portion of the night was inspired by the audience themselves. The questions were astute, giving Steve and Michael the opportunity to open up the topic, and discuss good and bad examples of gamification.
We’re currently in production of a 6-part video series of the debate and the insightful Q&A that followed. We’ll be rolling out the videos here soon so stay tuned.
I’d also like to take this opportunity to thank Kristen Forbes, COO of Silicon Sisters Interactive, for connecting me to Steve and Joe, and our sponsors, Canadian Web Hosting and VFS.
If you have any questions or feedback, please leave a comment below or contact me at info@ayogo.com